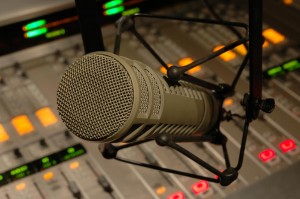 The American Road & Transportation Builders Association (ARTBA) and the American Public Transportation Association (APTA) are timing the campaign to coincide with a May 31 deadline to extend funding through the HTF for the federal highway and transit program.  With just weeks to go, congressional leaders have still not reached agreement on a course of action.  The continued uncertainty is causing states to delay or cancel transportation improvement projects.

For the past seven years, our presidents and the Congress have added over $50 billion to our nation’s debt… just to maintain current road and public transit funding.  Now they’re talking about doing it again.

That puts a huge burden on future generations.  And it’s wrong.

It’s guaranteeing our kids will have worse debt… traffic congestion and poor infrastructure.

Tell [Congressman/Senator…] you’re tired of funny money politics and budget schemes on transportation.  It’s not fair to our kids.

ARTBA and APTA are pushing Congress to agree on a sustainable funding source for the HTF and then pivot to passage of a multi-year highway and public  transit investment bill that gives states and communities the additional resources necessary to improve their infrastructure networks.

In April, ARTBA launched a grassroots digital campaign using the hashtag #fixthetrustfund, which allows members and industry supporters to reach their senators and representatives through email, Twitter and Facebook posts. Most members of Congress have such accounts. The campaign is accessible at http://p2a.co/ARTBA.

Last month, APTA organized more than 150 “Stand Up for Transportation Day” community events across the country to call attention to the need for a long-term sustainable transportation bill.