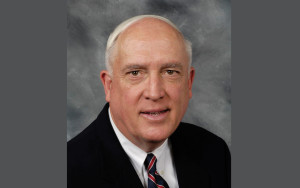 “The President’s FY 2017 transportation budget proposal is an explicit admission that he and the Congress did not provide long-term sustainability for Highway Trust Fund programs when they enacted the FAST Act in December.

“The President’s proposal to levy a $10 fee on a barrel of oil to stabilize and grow Highway Trust Fund investments through user funding is exactly the type of solution that is necessary going forward.  Unfortunately, the game was played last year and the President was AWOL.

“Speaker Ryan’s knee-jerk, dismissive reaction to the President’s proposal is similarly not helpful.  Where is his long-term funding solution for the nation’s highway and transit programs?

“Congress and the White House have an obvious choice: more budget gimmicks that defy common sense and constrain state transportation plans, or a permanent revenue fix like the per barrel fee or some other user-based mechanism.

“Any tax reform package that moves forward this year or next must address the Highway Trust Fund solvency problem head-on.”

Since 1902, ARTBA has been the “consensus voice” of the U.S. transportation design and construction industry before Congress, the White House, federal agencies, news media and the general public.