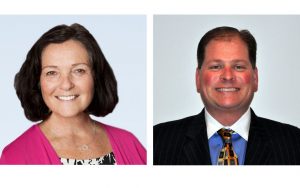 (WASHINGTON)—American Road & Transportation Builders Association (ARTBA) Chairman Bob Alger, president and CEO of The Lane Construction Corporation, Jan. 28 announced the creation of a member-led “FAST Act Reauthorization Task Force.” The group is charged with developing the association’s legislative blueprint for the next reauthorization of the nation’s federal highway and public transit programs, due in 2020.

Hammond dedicated her 34-year public service career to improving transportation systems in Washington state, and served as its secretary of transportation from 2007-2013. She is WSP USA’s leader in emerging transportation areas such as connected and automated futures, system operations, pricing, resilience and integrated corridor management. Hammond holds a variety of volunteer leadership roles on American Association of State Highway & Transportation Officials (AASHTO) committees, with the Transportation Research Board (TRB) executive board, and the Women’s Transportation Seminar (WTS) International board of directors.

Hammond currently serves as an ARTBA vice chair at-large and a trustee on the association’s Transportation Development Foundation.

Duit is a director on the Oklahoma Associated General Contractors (AGC) board and Oklahoma AGC Workers’ Compensation. He is also on the UMB Bank advisory board.

The task force will report on its proceedings during the 2019 ARTBA National Convention, scheduled this September in Savannah, Ga.

Established in 1902, ARTBA is the “consensus voice” of the U.S. transportation design and construction industry in the Nation’s Capital.